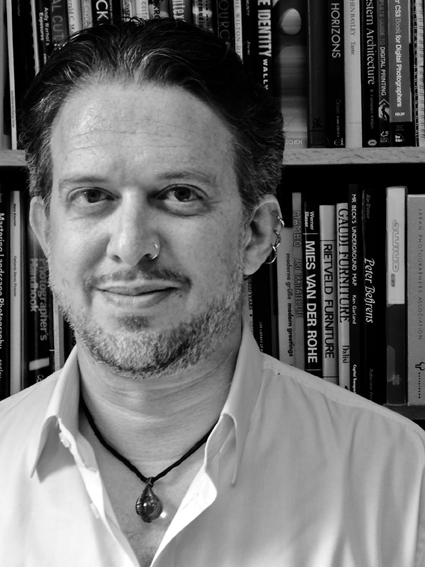 Dean Fetzer has been writing in one form or another since he was very young, leading to his publication of four novels in the Jaared Sen Quartet. The series is centred on a blind Contractor, a detective in a near future London and his investigations into the odd and paranormal.

He is currently working on a stand-alone novel and a new book in the Jaared Sen series.

Dean moved to London in 1991 and met Gordon Butler while they both worked at British Telecommunications and discovered a mutual love for the British pub to the point that they started a website called Fancyapint? in the mid 90s solely for the purpose of reviewing pubs across the UK. They turned it into a business in 2002 and enjoyed several years of pub reviewing, culminating in two successful versions of Fancyapint? in London, which they co-edited.

In late 2009, Dean started GunBoss Books to publish books by authors he works with and is an accomplished book designer and editor, with clients all over the world.

After a quarter of a century living in the United Kingdom, Dean and his wife Debra now live in south-western France.